What makes a movie like 1988’s Beetlejuice so timeless? Well, there are actually many valid answers to that question, from Michael Keaton’s dazzling performance as a grotesque, scheming spirit, to Tim Burton’s grand visionary style, or even the mere concept of a ghostly couple trying to rid their house of its living inhabitants.

For me, one of the most essential signs that a film has truly become engrained in the cultural zeitgeist is how easily it can be recognized simply by quoting its dialogue. Trying to narrow the best Beetlejuice quotes down to just the funniest and most familiar was no easy task, but here we go – starting with my lengthy personal favorite.

When Michael Keaton finally makes his proper introduction as the title character of the Beetlejuice cast (whose name is actually spelled “Betelgeuse,” by the way), the dead and desperate Adam (Alec Baldwin) and Barbara Maitland (Geena Davis) ask him what sort of “qualifications” he has to help them scare the family now living in their house. His increasingly manic and ghoulish response, in its entirety, is:

“Go ahead. Make My Millennium.”

That bit about The Exorcist is only one of several pop culture references Betelgeuse makes throughout the film, such as this one that takes inspiration from the fourth Dirty Harry movie, Sudden Impact – which came out five years earlier. He directs this personalized paraphrasing of Clint Eastwood’s world famous threat at Barbara when they come to odds over how to handle the haunting he assumed they agreed to.

“This Is What Happens When You Die…”

Before meeting Betelgeuse, the Maitlands try to make better sense of their situation by actually visiting the afterlife, which turns out to be a dreary waiting room where denizens wear the cause of their demise on their sleeves.

The clever visual representation of post-existential dread (as suggested by Michael Keaton himself, which we found out in behind the scenes Beetlejuice facts) has an anxious Barbara wondering if this is what death is really like, at which point the receptionist (Patrice Martinez) explains in a brief and deliciously depraved speech that the results are never quite the same for everybody:

She caps it off by revealing that the end of her own beauty queen career was not quite an accident after all, when she holds up her scarred wrists.

“I’m Here With You. I Will Live With You In This Hellhole, But I Must Express Myself…”

The moment Adam and Barbara really become desperate enough to, regrettably, enlist the cunning bio-exorcist is when they meet Delia Deetz – a woman of unusual artistic taste played to perfection by future Schitt’s Creek cast member Catherine O’Hara. As she tries to make herself at home in the Maitlands’ house, her husband, Charles (Jeffrey Jones), catches on to her dramatic renovation plans and tries to stop. Her defensive plea is perfect introduction to her character:

“You Can’t Scare Her. She’s Sleeping With Prince Valium Tonight.”

A Beetlejuice quote that provides excellent character development for both Delia and her step daughter, Lydia Deetz (Winona Ryder), is the gothic teen’s explanation for Adam and Barbara’s failed attempt to frighten her. On one hand, we gain insight into how Delia handles her own self-induced stress and are pleasantly treated to more of Lydia’s blunt, sarcastic demeanor.

“If You Insist On Frightening People, Do It With Your Sculptures.”

However, winning the prize for “Most Hilariously Damning Insult Directed Toward Delia” is her agent, Bernard (talk show host Dick Cavett). Believing that Beetlejuice’s iconic “Day-O” scene was a parlor trick orchestrated by the Deetzes instead of the Maitlands’ first successful scare, he expresses his disgust with a dig at the artwork she hired him to promote. Of course, speaking as someone who was certainly spooked by Delia’s sculptures growing up, I cannot say I blame him.

“I Read Through That Handbook For The Recently Deceased…”

The ultimate quote to describe Lydia with would have to be this line you can find on countless Beetlejuice T-shirt designs and that Winona Ryder delivers with an especially unique and self-aware charm. It also helps explain how the young girl seems to be the only living person who can actually see the Maitlands’ spirits and how she can understand the Handbook for the Recently Deceased better than the recently deceased couple can:

If you need Beetlejuice gift ideas during the holidays or for a birthday for the fan in your life, you cannot go wrong with any merchandise bearing how Betelgeuse describes himself when Lydia first meets him the attic. In fact, despite his despicable behavior and downright evil acts, the biggest Beetlejuice fans cannot help but agree with him.

With the exception of his list of “qualifications” and “ghost with the most” declaration, I believe there is no better candidate for the ultimate Beetlejuice quote than what Betelgeuse says right after he convinces Lydia to resurrect him by speaking his name three times. It is essentially the film’s own equivalent to The Shining’s  “Here’s Johnny!” as a familiar set of words delivered with such distinct authority. In fact, when I dressed as Betelgeuse for Halloween, this was a quote I gravitated to most when trying to imitate his voice.

When thinking about the best Tim Burton movies and what makes them so great, people usually cite what they see or how they feel, more-so than what they hear. Beetlejuice is one of the rare instances in which you can effortlessly make a case for all three.

Its Implications in 2021 and Beyond 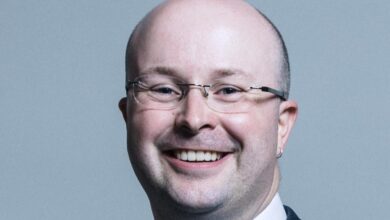 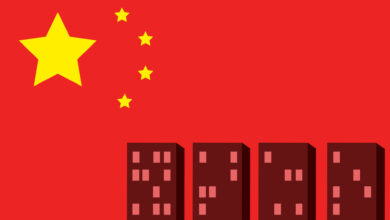 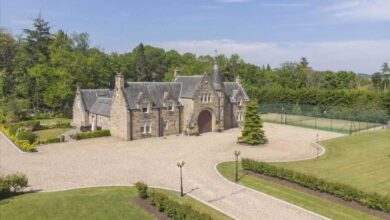