Editor’s Note: The U.S. Food and Drug Administration’s Oncology Center of Excellence has launched the inaugural National Black Family Cancer Awareness Week, which will take place from June 17 through June 23, 2021. Research has shown that cancer awareness can help lower cancer mortality rates and increase life expectancy for all racial and ethnic groups, including Black Americans.

We spoke with Bruce Rapkin, Ph.D., associate director of catchment area research at the Albert Einstein Cancer Center, about the new initiative, why it’s needed, and what Einstein and Montefiore are doing to address health disparities in cancer care.

Q: Why is it important that Black families have a week dedicated to raising awareness of cancer?

A: First of all, cancer is a family issue. Family members can be particularly helpful in encouraging people to get screened, following up on treatments, and providing other support to the person with the diagnosis. When you want to increase awareness, it makes a lot of sense to approach it as a family matter.

The most important reason for this dedicated week is that cancer has an especially hard impact on the Black community in the United States. African Americans have the highest mortality rate of any racial or ethnic group for all cancers combined and for most major cancers. The cancer death rate is about 14% higher among Black Americans than among whites. Black men also have the highest cancer incidence rate of any race—about 5% higher than that for white men.

Q: Are Black men and women equally affected by cancer?

A: Black men are about 30% more likely to get cancer than Black women are. Among Black women, cancer incidence is actually 10% lower than it is among white women.

Q: What accounts for these racial and gender differences?

A: To understand these differences, it is useful to look at the most prevalent cancers for men and women in the United States: prostate cancer and breast cancer, respectively.

Although deaths from prostate cancer have dropped substantially in recent decades among all men, African American men are twice as likely as white men to die of prostate cancer. This is an especially relevant issue in the Bronx community, where we see high incidence and mortality among non-Hispanic Black men as well as among Hispanic men with African ancestry. As a result, Montefiore physicians are introducing new guidelines for prostate cancer screening tailored to the heightened risk in our community.

Q: Do genetic differences account for all the racial disparities in cancer?

A: No. There is some evidence to suggest that genetics plays a role in the disparities, but the far larger issue appears to be how systemic racism affects behaviors and access, both among patients and within the healthcare system. This includes different environmental exposures that drive cancer, reduced access to effective treatments, and lower levels of cancer prevention and screening—and how they intersect.

Q: Can you give us an example of how this plays out?

A: Sure. Let’s consider colorectal cancer among Black men. Overall rates of screening for that cancer among our Bronx patients are similar to those in the United States and New York State as a whole. This is the good news. The bad news is that there is still room for improvement: 29% of Bronx adults over age 50 are overdue for screenings.

In terms of genetics, Black and white Americans appear just as likely to have Lynch syndrome, an inherited disease that is most associated with colorectal cancer, as well as with endometrial cancer in women. However, Black families are much less likely to come in for genetic testing than white families are. This puts them at much greater risk because they cannot benefit from extra preventive and early-detection measures. At Einstein and Montefiore, Drs. Susan Klugman and Parvathi Myer have established a program for families at high risk for colon cancer. It works with patients to identify and reach out to relatives of our cancer patients to determine their risks and discuss their options.

Even without including Lynch syndrome, our researchers at the Albert Einstein Cancer Center have found that colorectal cancer is diagnosed at a younger age in patients of African descent. This finding led to a recent change in national medical guidelines: to have people begin routine screening for colorectal cancer at an earlier age—45 instead of 50. The research shows that this new recommendation is especially important for Black families to help prevent colorectal cancer and to increase survival by early detection.

Differences in genetic and environmental risk factors may mean that treatments that are beneficial for white patients may not work as well for Black patients. For example, research here by Dr. Sanjay Goel and colleagues compared the effectiveness of new biological agents to treat advanced colorectal cancer in Black, Hispanic, and white patients at Montefiore. These new drugs were recently developed in clinical trials. However, the drugs were developed in studies on patients who were over 85% white, with Blacks and other people of color being significantly underrepresented in the trials. As a result, our team found, these agents significantly improved survival for white patients but not for Black and Hispanic patients. Without sufficient representation in clinical research, it is much more difficult to find cancer treatments that will work well for Black patients.

Q: You mentioned environmental factors; can you explain what these include?

A:  People may be disproportionately affected by cancer due to environmental conditions. Those who live in communities that lack clean water or air may be exposed to cancer-causing substances. For example, research at the Albert Einstein Cancer Center has studied the health implications of indoor air pollution, which may be worse for people living near highways or in industrial areas. In the Bronx, this has an overwhelming impact on our Black and Hispanic communities.

The built environment—the human-made structures, features, and facilities in which people live and work—can also influence behaviors that raise the risk of cancer. For example, people who live in neighborhoods that lack affordable healthy foods or safe areas for exercise are more likely to have poor diets, be physically inactive, and be obese, all of which are risk factors for cancer. Colleagues at the Albert Einstein Cancer Center and the Einstein–Mount Sinai Diabetes Research Center have joined forces to identify and find ways to overcome these problems in the Bronx, working in schools and communities to promote access to healthier food options and to create opportunities for physical activity.

Q: It sounds as if increasing participation by Black Americans in research is critical in determining any genetic differences, developing treatments that work for these patients, and reducing disparities.

A: Absolutely. In order to improve outcomes for Black patients, it is critically important for them to be well represented in cancer research. Unfortunately, despite Blacks making up 13.4% of the U.S. population, only 5% of Black patients with cancer are enrolled in clinical trials. Of 8,700 patients who participated in trials nationwide related to the 28 oncology drugs approved by the U.S. Food and Drug Administration (FDA) in 2018 and 2019, only 4% were Black, according to FDA Drug Trials Snapshots reports.

Q: Why are the numbers so low?

A: Achieving representation is a major challenge. Historically, there have been many abuses of Black patients in medical research, from experimental surgeries on Black women in the 19th century to the infamous syphilis studies carried out at Tuskegee in the 20th century to the unethical use of biological materials provided by Ms. Henrietta Lacks for corporate profit.  These abuses have discouraged Black people’s willingness to participate in research.

In a survey, we asked Bronx residents about their attitudes and beliefs about medical research. The patterns we found reflect their mixed feelings about biomedical research in the Black community. For example, while 77% of Black Bronx residents believe that more research in their community is needed, 41% of those pro-research people are concerned about the safety of participating in research and another 35% expressed suspicions about the intentions of researchers and how the information the participants provide would be used.

Q: What are Einstein and Montefiore doing to address this issue of trust?

A: Recently, our cancer researchers, with partners from Mount Sinai, Columbia, and the City College of New York, received a grant from the Stand Up to Cancer Foundation to address community knowledge and attitudes about clinical trials. It is important that cancer centers such as ours let people know about steps that have been taken to protect patients’ safety as well as their information, such as oversight by local institutional review boards, audits by external research agencies, and other privacy laws. All scientists studying human beings must strictly follow these protections to receive funding for their research. These protections have been continually strengthened since the 1980s to take into account advances such as research on genetics and data collection using the Internet.

In addition, many research projects include patient representatives and advocates on their study teams to be sure that the research takes local community priorities and concerns into account. In our community, the Bronx Community Research Review Board is a unique organization that prepares community members to review studies and to join study teams.

Q: Are there other barriers besides trust that need to be addressed?

A: Definitely! Despite community concerns about research, the main reason that patients give for not participating in research is that nobody has asked them. Often cancer patients receive their care at facilities that do not conduct research, and individual physicians in research hospitals may not have the resources it takes to enroll their patients in studies. But even among those who have these opportunities, there are concerns that Blacks are simply not asked to participate as frequently as members of other races are.

Through research conducted at Einstein and Montefiore, an online curriculum was developed to inform primary-care physicians about the importance of supporting research participation when their patients seek cancer treatment.

We have also mobilized additional resources to bring cancer research to our community. The Bronx is one of only 14 Minority/Underserved Community Sites in the United States for the National Cancer Institute Community Oncology Research Program (NCORP), which requires a patient population of at least 30% racial/ethnic minorities or rural residents. Approximately 80% of Montefiore and Einstein clinical-trial participants are minorities, compared with 8% nationwide. Since 2014, NCORP has worked to provide greater access to research to improve cancer prevention, screening, treatment, and support.

In the Stand Up to Cancer study, we will be looking at physicians’ implicit biases—preformed judgments that occur outside an individual’s awareness. Because of implicit bias, providers may presume that some patients, particularly patients of color or with lower levels of education or with limited English proficiency, are less-promising clinical-trial candidates, and so the providers do not raise the subject. Our plan is to try to disrupt these implicit biases in three ways: by encouraging patients to initiate conversations with providers about research, by providing computer alerts to physicians when medical records show that a patient is eligible for a trial, and by providing physicians with information and assistance with clinical-trial navigation to make it easier to involve patients in research. The goal is to increase overall patient participation in cancer research and to significantly improve minority representation.

Q: Besides clinical trials, what other steps are important to support Black families dealing with cancer?

Over 80% of BOLD participants say that the program has helped them decrease their emotional distress and feel less isolated. BOLD trains volunteers from the Bronx community to serve as BOLD buddies. BOLD Buddies provide navigation for cancer patients and serve as peer mentors and tutors for adolescents who have a parent with cancer; they also help with smoking cessation. About 63% of BOLD participants found that the program helps them improve communication with their cancer treatment teams, contributing to a greater sense of trust (57%) and an easier time sticking with treatments (46%). All BOLD programs are free of charge. During the COVID pandemic, most BOLD cancer support programs are available online.

Q: Thank you for taking the time to discuss this with us. 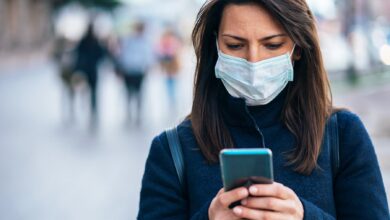 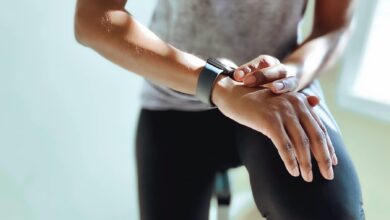 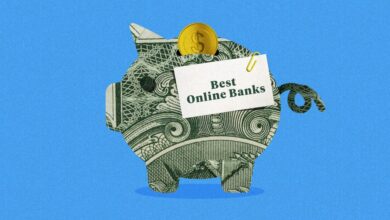 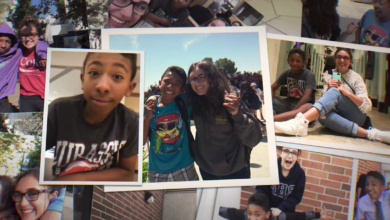 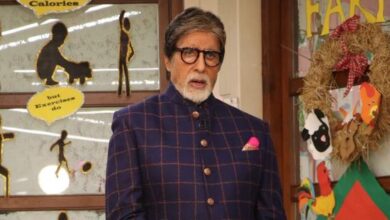