‘Women’s voices are too high or too low, or they are seen as too short or too tall, or too fat or too thin, to be great leaders.’
‘These judgments wear us down.’

IMAGE: Indra Nooyi was named PepsiCo’s CEO in 2006. She stepped down as CEO in 2018. Photograph: Chip East/Reuters

Time was the critical currency in my life and I spent almost all of it on PepsiCo. To succeed among the ideal workers, I had to be one myself.

No one else — certainly not at my level — seemed to ask for a reduced schedule, probably because they were nervous about a so‑called flexibility stigma.

One other woman rose in PepsiCo’s most senior ranks around this time.

Brenda Barnes was named CEO of Pepsi-Cola North America in 1996 after 20 years at the company. She had three kids under 12 and, after less than a year in her new role, she quit.

She moved to Chicago, spent eight years at home with her children and served on boards. She was still a great executive. In 2005, she took over as CEO of Sara Lee.

Brenda’s decision, like that of thousands of talented, ambitious women who’ve stepped out of big companies, made perfect sense. The rules of engagement in corporate leadership were absolutely unforgiving. Compromise to accommodate home life was unthinkable.

Brenda didn’t have the same extended family support I could count on. And, in jobs with relentless travel, we had no technology to really connect with our children’s day‑to‑day activities from afar.

‘The whole issue boils down to time,’ she told the press in 1997, when she was interviewed about her departure. ‘Hopefully, one day, corporate America can battle this.’

Our days are still only 24 hours, and we must use them wisely. When we take on additional responsibilities, like caring for children or a sick family member, the best we can do is use the hours we have even more efficiently, without sacrificing our performance at work.

Now that we have tools for remote, seamless communication, I believe job flexibility and remote work for everyone who needs it should be entirely routine. This will give families the chance to take care of home life obligations during the workday without feeling loaded with emotional consequences.

Shift workers have had to deal for far too long with last-minute calls or switches to their schedules that foul up their ability to plan their days and weeks.

Stable work hours, aided by ubiquitously available scheduling technology, should be the norm for all shift workers, especially those who have any sort of caregiving responsibilities. Employers have no good reason to deny this courtesy.

Relieving the time conundrum includes one more factor, too: Addressing the culture of urgency that consumes our economy and workplaces. Deadlines are incredibly impor­tant. But, too often, they are arbitrary.

I was involved in hundreds of projects with tight deadlines that probably could have stretched into a few more days.

Would that have made a difference to the project? Most of the time, no.

Would that have made a difference to my colleagues’s lives at home, as caregivers or as members of their community? I think the answer is a resounding yes.

IMAGE: ‘Every day I am in awe of the employees who keep @PepsiCo running, from the scientists who develop more nutritious snacks and drinks to the experts who make, move and sell our products. Happy #LaborDay to all the women and men who propel our company forward!’ Photograph: Kind courtesy Indra Nooyi/Twitter

Whatever toll my work life took on my role at home, I still had the lifeboat of Raj. He was now a partner at a consulting firm, working and travelling like crazy, yet a steady source of support.

We also had a housekeeper, who drove and cooked for us, and a nanny, and they kept the house running and the children safe.

My mother was spending more time with my sister’s and brother’s families in New York in these years, although she was always available to step in to help when needed.

Raj’s parents also helped out whenever we asked them to.

Preetha missed me a lot in these years.

She was an adolescent, and much of what she saw was a busy, stressed-out mother. I was loving and present during difficult times but not really there day-to-day.

Her angst was expressed by verbal outburst, and I struggled to cope with them.

Tara was a calmer, quieter child, who once wrote me a note, which I still keep in my desk drawer, that lays bare the emotions of these years.

On a big sheet of construction paper, decorated with flowers and butterflies, she begs me to come home. ‘I will love you again if you would please come home,’ the note says.

In her sweet, crooked printing, the word please is spelled out seven times.

I think women are held to a different standard from men when it comes to celebrating their professional accomplishments. No matter what we do, we are never quite enough.

Getting a promotion or a prize outside the home sometimes seems to mean that either that prize was easy to get or that we are letting our domestic duties slide.

This zero-sum game for women when it comes to work or family achievements is pernicious.

It’s important for men, in particular, to see that this holds us all back.

Why not just let women soar in every part of life?

Why not celebrate what we do well when we do it?

We all love to see our daughters win at sports or in spelling contests when they are children. So why do we undercut grown women who succeed on the career playing field by frequently adding commentary on whether they are equally fabulous at home?

To be sure, women don’t help themselves or one another in this regard.

I know it’s easier said than done, but we really need to let go of perfection.

I often felt that, even as I was gaining influence and power in the corporate world, I was failing my family because I wasn’t home more.

Looking back, I’m a little heartbroken that I spent so much energy worrying about this.

IMAGE: Indra Nooyi at a dinner for business leaders hosted by then US president Donald J Trump at the Trump National Golf Club in Bedminster, New Jersey, in 2018, as then first lady Melania Trump looks on. Photograph: Leah Millis/Reuters

The trappings of leadership in our world — money, travel, meeting famous and fascinating people, beautiful living and work spaces — become easy to adapt to and accept. But true leaders must keep their feet firmly rooted to the ground and focus on the responsibilities of their jobs.

That’s what I always tried to do.

I felt I was a role model, with everyone watching me. I had very difficult jobs to do and tried to take everything else in stride.

Female leaders have this much tougher than male leaders because the world of power is designed for men.

Women are always breaking ground as they navigate the upper reaches of business, government, or finance. We have to demonstrate our gravitas in a world where authority and brilliance, to many people, still look like an older gentleman.

And we have to absorb dozens of the simple, little slights that show women are not yet fully embraced.

Women obviously have to spend a lot more time on their appearance and can’t cut corners in that department without risking all credibility.

But there is much more.

I spoke at hundreds of conferences and always had to worry about whether I could sit comfortably on the chair that was set out because it might be too deep or too high for me in a dress or a skirt.

I wore the same beautiful blue ball gown to two gala events in New York, two years apart, and heard comments from phtograophers who wished I’d bought a new dress so they could build their collection of stock photos of me.

Every guy at that event was probably in the same tuxedo he’d worn for a decade.

I was once on the cover of Greenwich Magazine wearing my favourite Armani jacket that made me feel elegant and comfortable. I thought I looked pretty good.

Then a saleswoman at the local Saks Fifth Avenue department store called and suggested that, in the future, I come to them for a more up‑to‑date look before any important photo shoots.

‘Wearing a jacket from last season,’ she observed, ‘is not OK.’

IMAGE: ‘As I was welcomed into the permanent collection of the @SmithsonianNPG, I was brought back to the moment when I arrived in the United States from India more than 40 years ago with so many aspirations. I never dared to think — as a South Asian, immigrant woman — that I would be embraced as part of the American story in this way.’ Photograph: Kind courtesy Indra Nooyi/Instagram

Women’s voices are too high or too low, or they are seen as too short or too tall, or too fat or too thin, to be great leaders.

These judgments wear us down.

We know that when we hear them about other women, there is plenty of talk out there about us too.

I think women can’t escape the reminders that we must always weigh our power — whatever it may be — against society’s expectations that we must, at all costs, remember that we are imperfect.

With all the ways that it can be analysed, I also can’t forget who delivered the ‘crown in the garage’ line.

That night in the kitchen, my mother was the same woman she always was — torn between wanting to see her daughter soar in the outside world and making sure I lived up to my role as a dedicated wife who could be content looking after everyone else.

When I was a little girl, she asked me to make speeches pretending I was India’s prime minister. She also worried about finding me a husband.

Go out and capture the crown but leave it in the garage.

This edited excerpt from My Life In Full: Work, Family And Our Future by Indra Nooyi has been published with the kind permission of the publishers, Hachette India.

Is Nintendo Switch 4K? An overview of resolution on the portable console

International Women's Day has become a controversial topic at Xolo. Here's why… 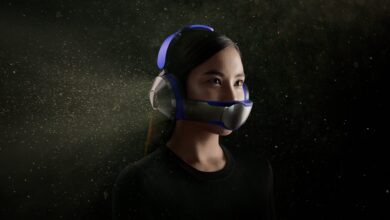 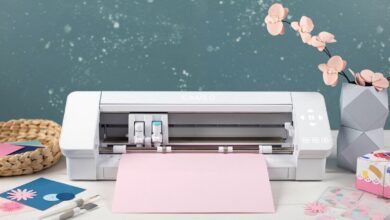 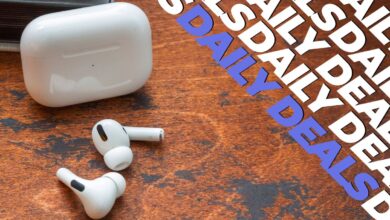 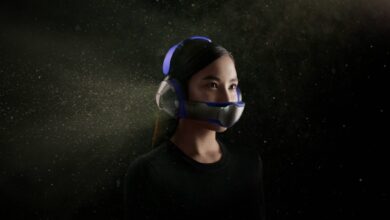 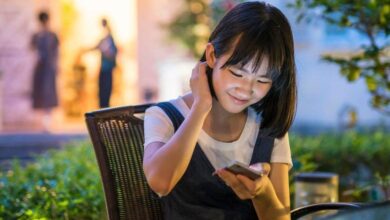 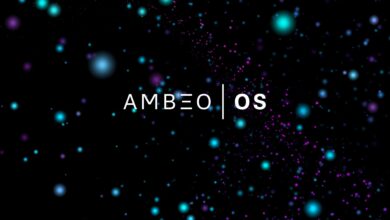